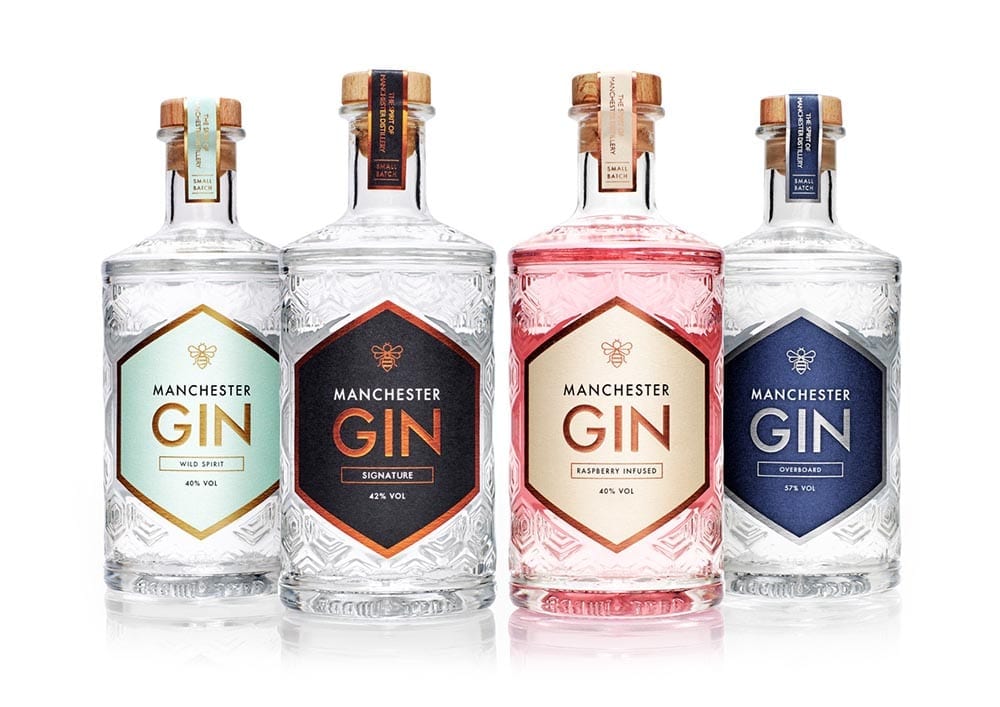 Where has the time gone?! It seems like an absolute age ago that I did a ginspiration blog post. There has been loads happening recently, but there are plenty of gin blogs coming your way! Today, it’s all about Manchester Gin.

A contemporary style gin using hand-foraged Orange, Lemon and the Northern favourites Dandelion & Burdock Root. It all began one cold February evening in 2013 – the typical dark and rainy night you come to expect from Manchester – when Seb and Jen first crossed paths in a basement night spot in the centre of their beloved city. 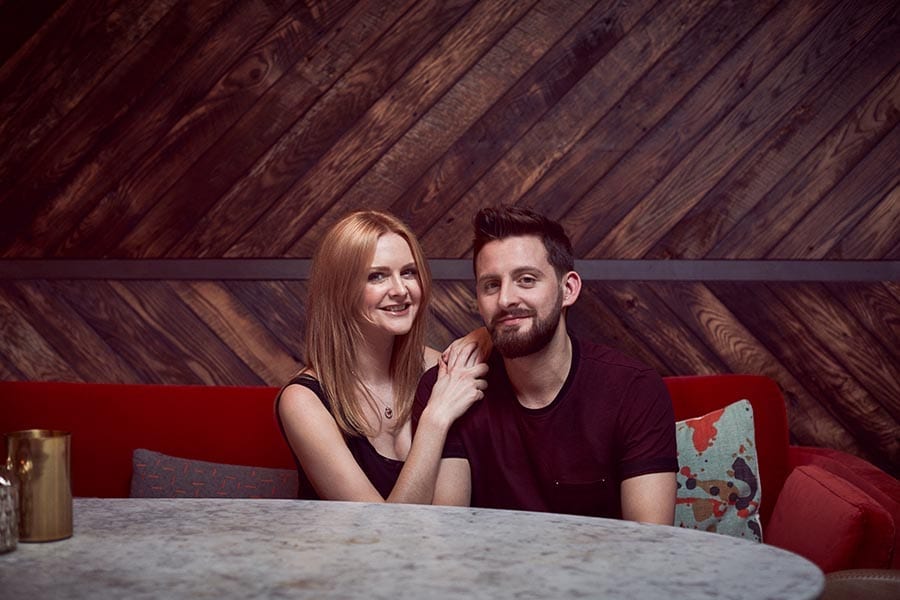 “Manchester is a city of industrial heritage and the Mancunian work ethic has been a point of pride since the industrial revolution, when the men and women in the factories that lined the city were coined “Worker Bees”. It’s since this time that Manchester adopted the bee as it’s motif, and we couldn’t make a gin without paying homage to it. Our bee is a modern interpretation of the traditional Manchester symbol, reflecting the modern style of gin we produce. Next time you’re in the city, look out for the bee on bins, signs, buildings and even in bars and restaurants.”

Jen & Seb have created 4 different gins, under the umbrella of ‘Manchester Gin’; Signature, Raspberry Infused, Wild Spirit, and Overboard. They also created a ‘Distillers Cut’ version, exclusive to Craft Gin Club members as a celebration of their progression over the past 2 years. The Distillers Cut is the gin that Euan & I tried…

Along with the gin, we were given one of the new ‘up-market’ schweppes tonic bottles to try with the gin. Sorry, schweppes, but I was not a fan. I think the tonic itself was okay but it hid all the flavours of the gin. Initially, we tried the gin with a slice of apple (as recomended by Craft Gin Club) and the schweppes tonic. I found the drink completely underwhelming with no real flavour hitting me at all. Euan felt there were a fair few flavours in the gin, but nothing was overpowering enough to pick out. 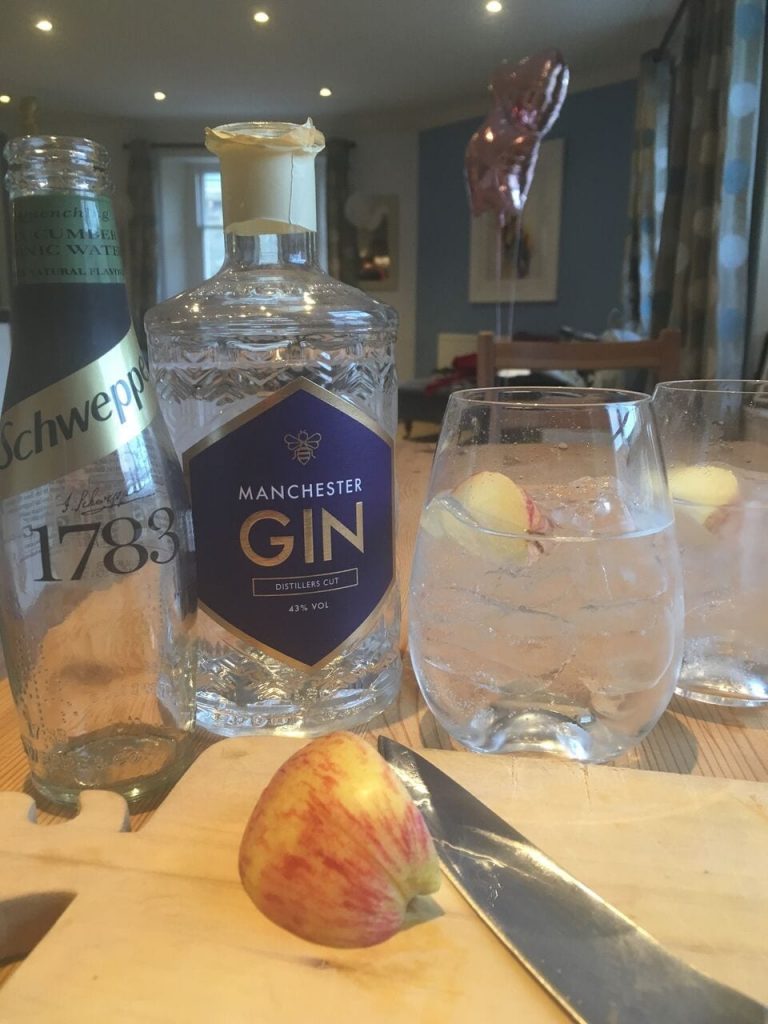 That was, however, before we tried the gin with fever tree tonic & a wedge of lime. Oh, wow! A completely different drink altogether. I absolutely loved the gin this time, like seriously loved it. The bitter taste I got from the previous drink was non-existent and it was full of exciting flavours. Finished off perfectly with a sweet aftertaste. I would 100% recommend this gin, but not with the original tonic & garnish combination… 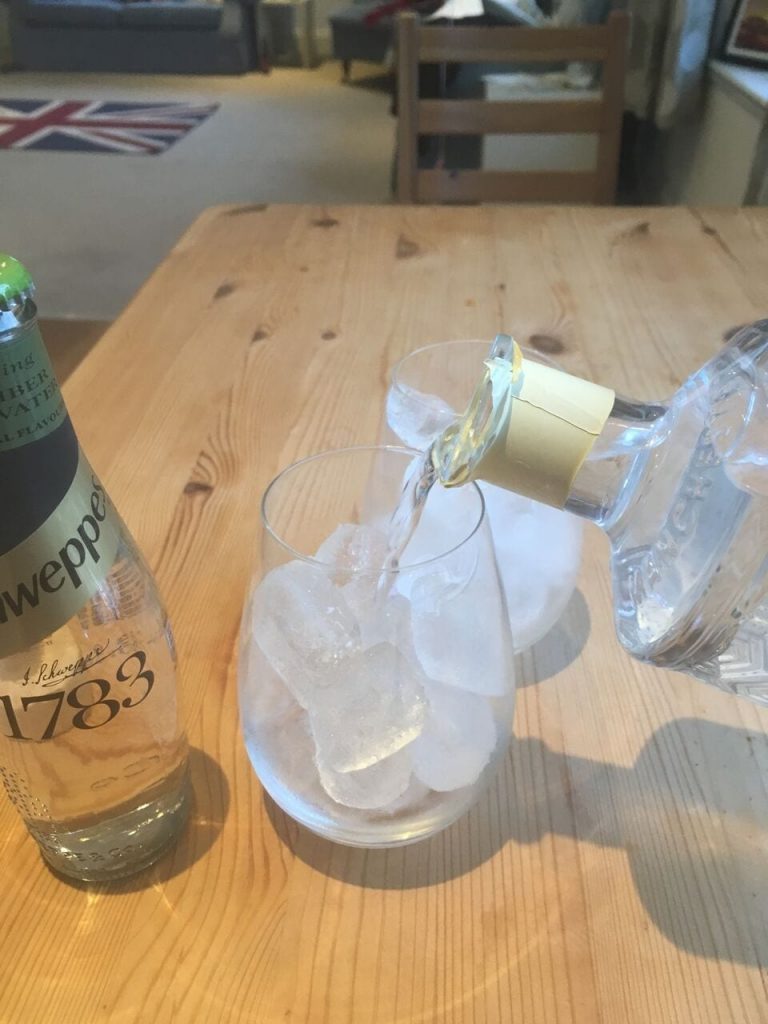 Euan said the gin had a flavoursome kick and he could easily pick out the elderberries. He agreed about the sweet aftertaste, and an initially crisp flavour.

This tasting was a really interesting (albeit unintentional) experiment. It just goes to show what a difference the choice of tonic and/or garnish can make to a gin. And something that is super important to get right! I think the schweppes tonic does have a place in the gin industry, but absolutely not for Manchester gin. I’d be interested in giving it a second chance and trying it with a more ‘traditional’ or less flavoursome gin as I think it could definitely enhance a slightly blander gin. 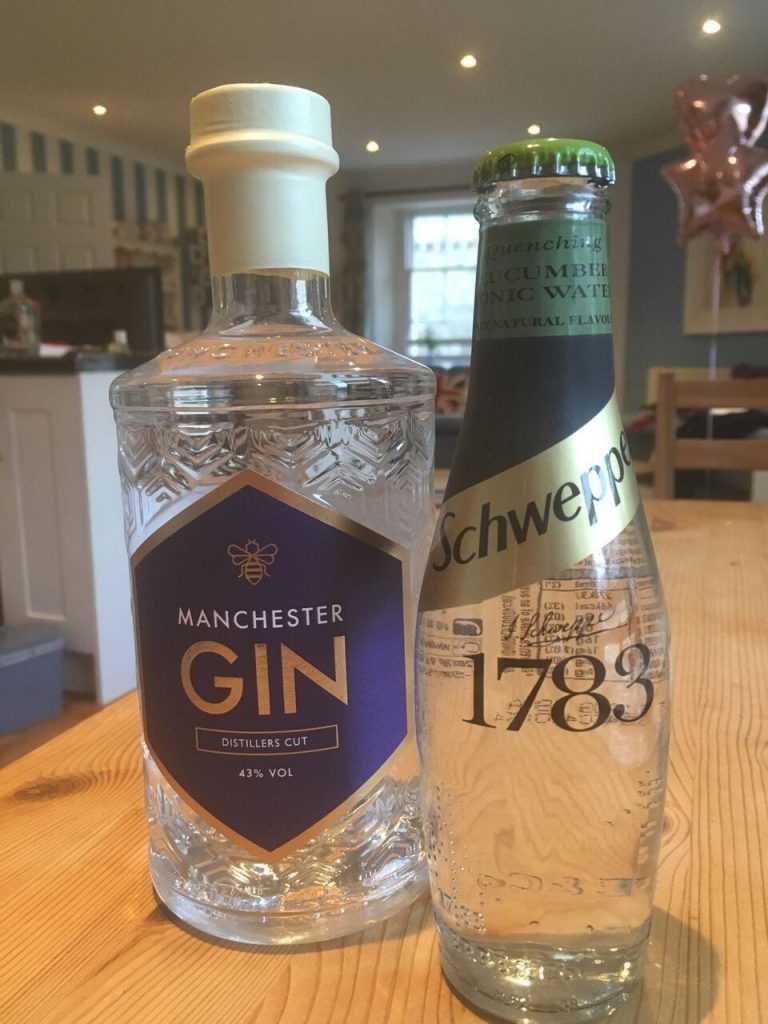 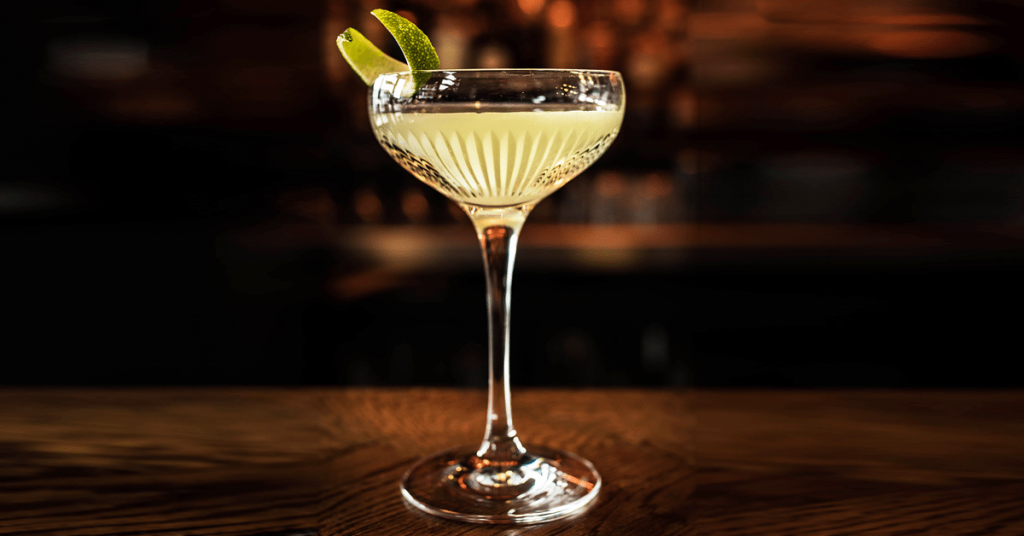 Shake all three ingredients with ice and double strain into a chilled cocktail coupe. Garnish with a slice of lime.

For more ginspiration, or to refresh your memory on all things ‘gin’, take a look at my 6 previous ginspiration blog posts…