nightmare scenario: running out of drink at your wedding…

I bet I made you shudder right there…

Run out of drink?!  That’s hideous at the best of times.  But at your wedding?!  It really doesn’t bear thinking about does it…?  Ugh. 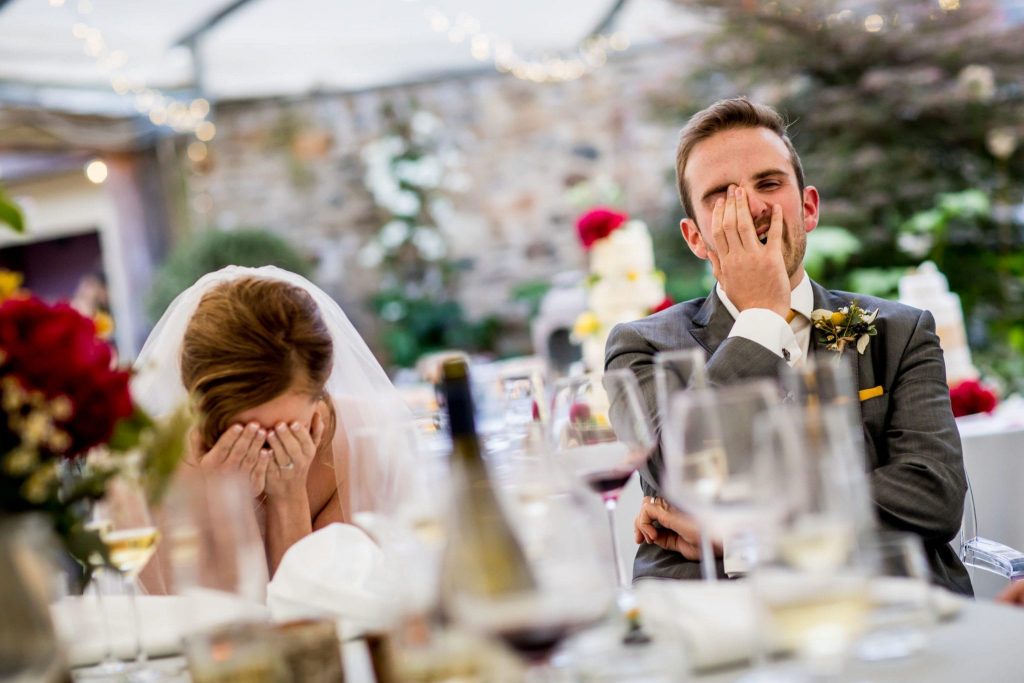 (Alena and Dave didn’t really run out of drinks, I just wanted to share that pic!)

If you book your wedding with us, you can bring your own drinks, we don’t charge corkage (I know, how fab is that?!).

It’s one of the biggest dilemmas for planning a wedding – how much drink do we need?   And for some couples, despite their best guesses, they don’t get it right and they run out.   Sounds like a disaster right?

Not here at Ever After because as I say to our couples, ‘we’ve got your back.’ 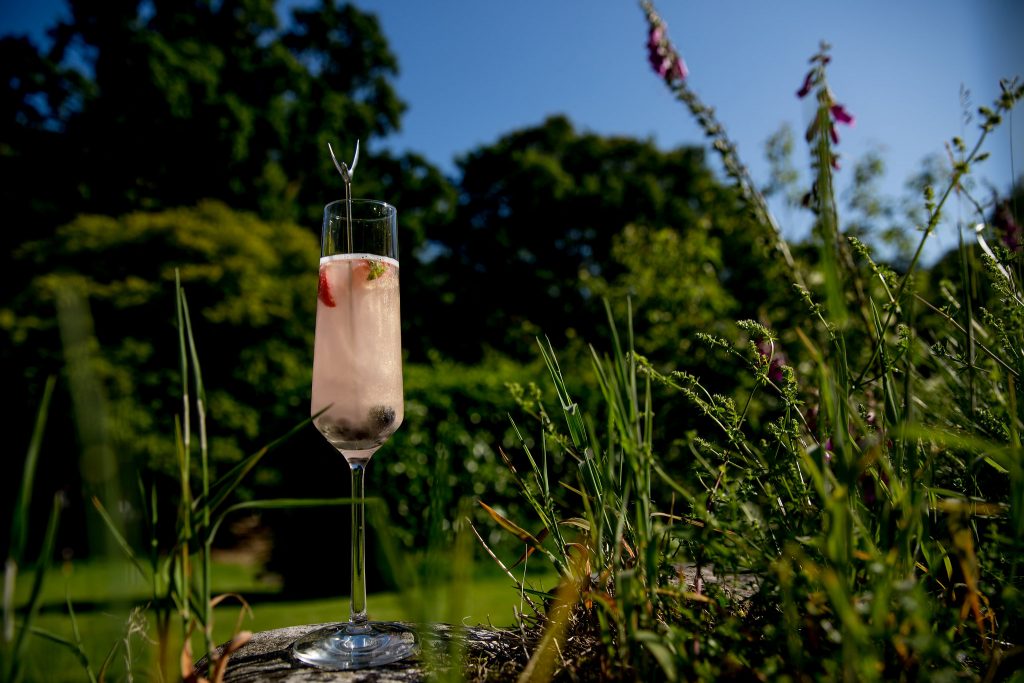 So here are a few examples of what’s happened this year and why it isn’t a worry if you’re an Ever After couple and you’ve got the Ever After ninja wedding team behind you.   There are no names, no pack drill here.  I’m not in the business of naming and shaming, just trying to show you that you don’t need to worry if the worst that can happen – actually darn well happens.

So, the photos below are not from the weddings where some of this stuff happened, just so we’re clear… 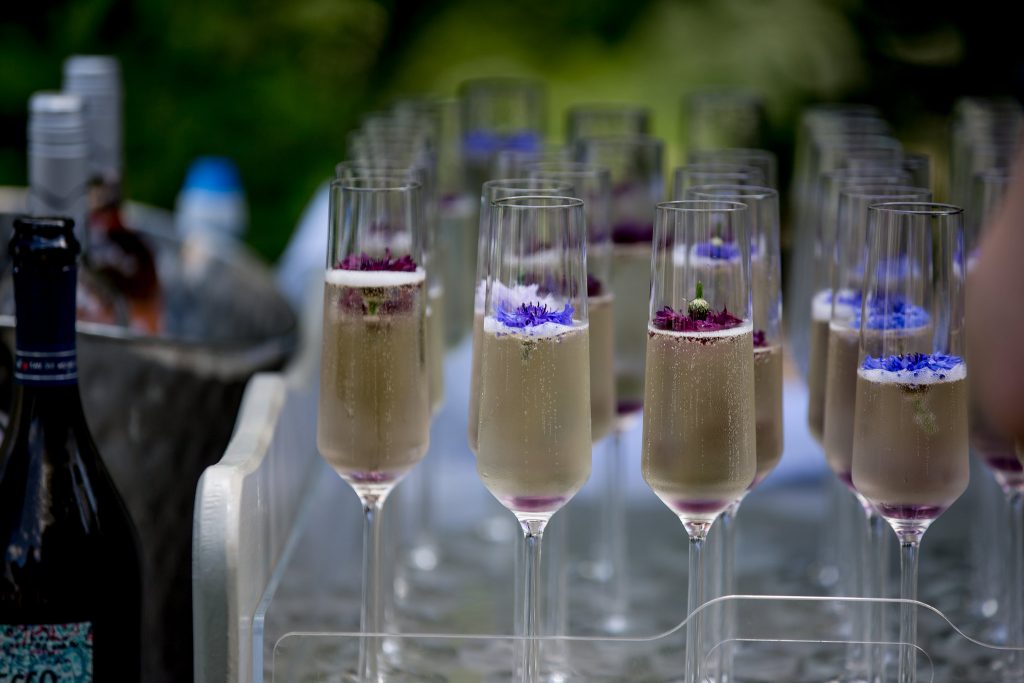 The groom was in charge of ordering and bringing the drinks.    The day before the wedding (when our couples get to check in) he arrived with a car load of drinks and said there would be more to drop off the next day.   No problem, we loaded everything he’d bought into the fridges to chill overnight.

Next day the groom arrives with more drinks.  Great!  ‘Where are the soft drinks?’ Uh… oh dear.   No soft drinks at all.  A groom obviously has a shed load of stuff to do on the morning of a wedding and going round Morrisons with a trolley is not one of them.   Getting into your wedding kit and turning up on time should be THE ONLY thing on that list.

So I sent my staff out to get enough soft drinks for arrivals, reception, wedding breakfast and the evening bar. Problem solved and I don’t think the bride knows about that to this day… 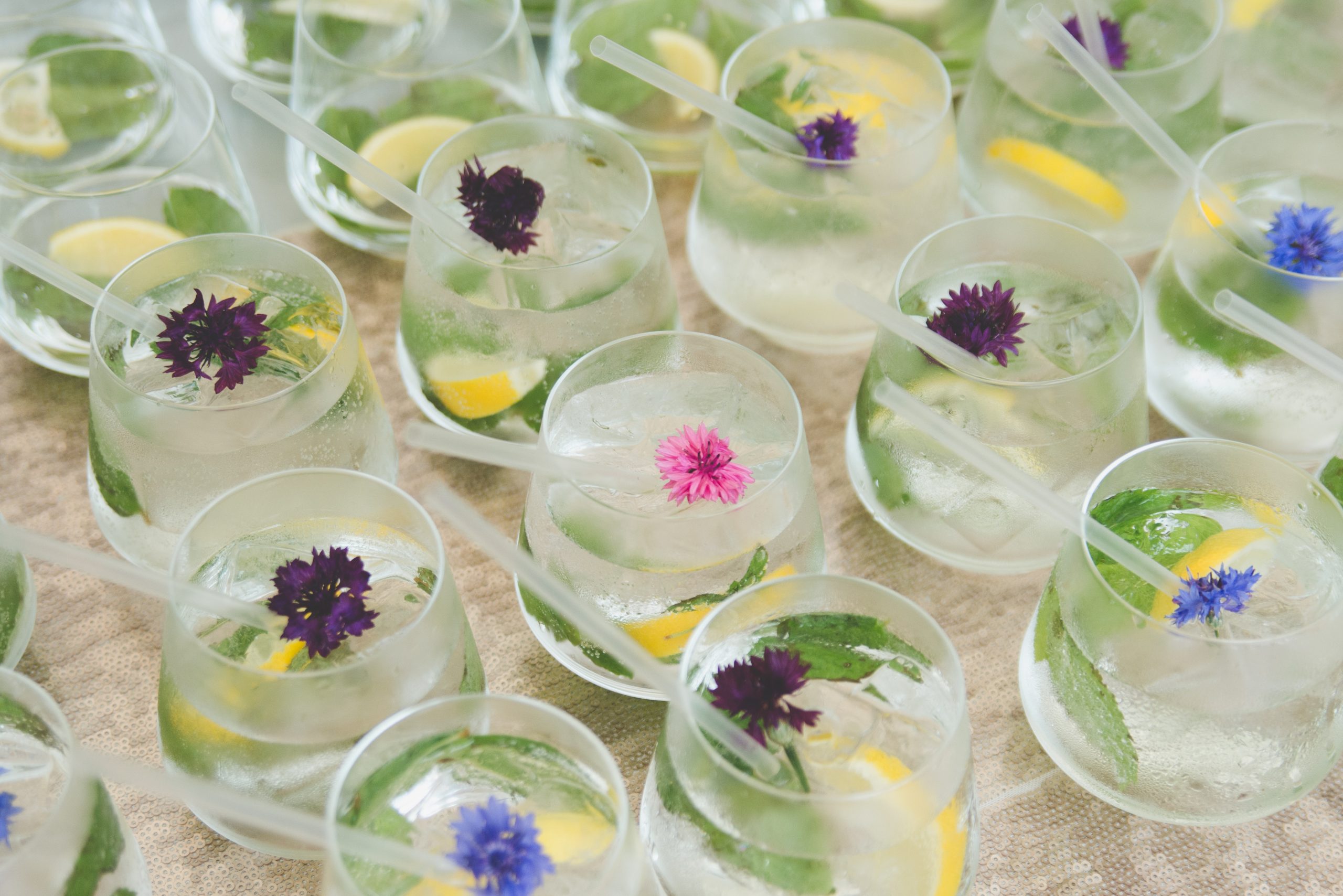 The couple were serving Pimms – lovely!   One of the staff noticed that they were running low on Pimms and would run out before the end of the drinks reception if they didn’t get more supplies.   I quickly checked the house and I had 3 bottles in my cupboard so we donated those – problem solved.   The couple had thought half the guests would drink Pimms and half would have beer at the drinks reception.   The guests didn’t get the memo and no-one was drinking the beer but they were all loving the Pimms.   It’s a really tricky thing to get right and to be honest, no matter how much you think about it in advance, you still won’t know what the weather will be like on the day, how many guests can’t face another beer after last night and all the other unknowables there might be…

Again I didn’t tell the couple on the day, I just sorted out the finances with them the day after – a straight reimbursement on cost, no extra charge at all. 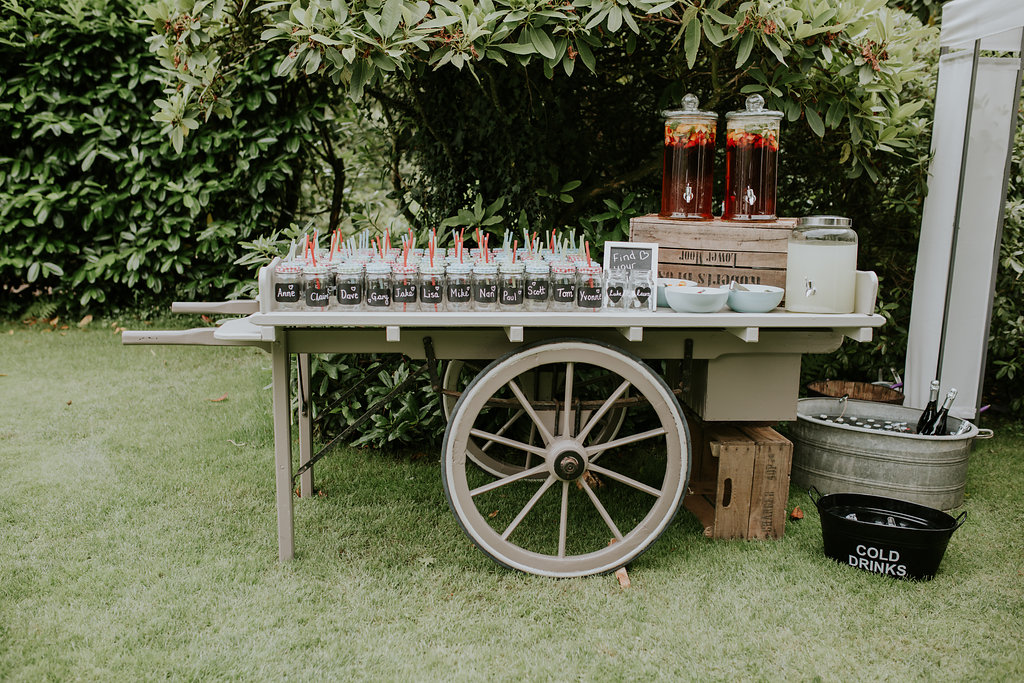 The beer was running out.  It was a hot day and guests were drinking much more than the couple anticipated.   There was nothing for it, the lovely S drove to Morrisons and loaded up.   Problem solved.  We did tell the groom that time, he confirmed he wanted us to get more beer but said if they drank all the second lot too, that was it. 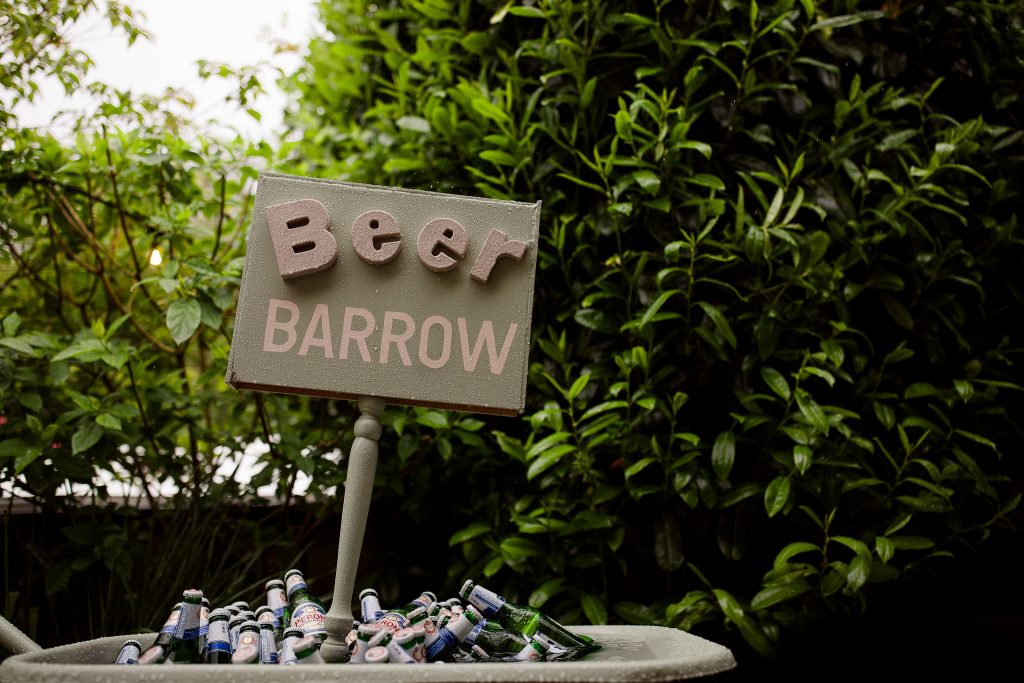 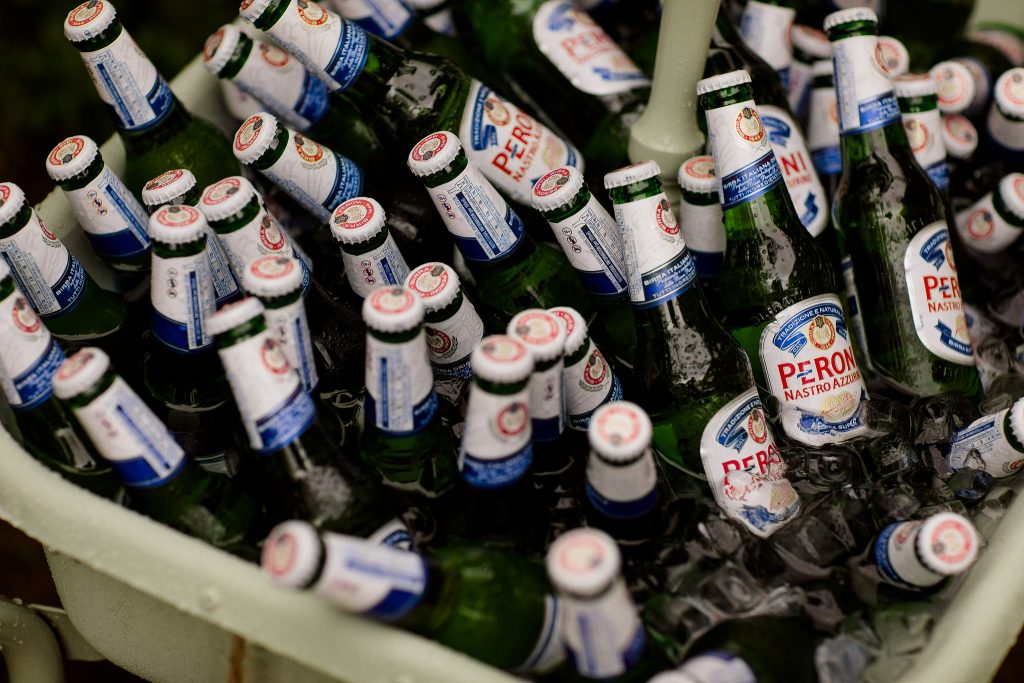 Up til now we’ve had no alcohol licence and couples have either brought in their own drinks or they’ve hired a mobile bar supplier.   Lots of our couples have asked us if we have a drinks package (we don’t) but what we’ve been hearing is that they want us to take this big hassle off their plates.

So we asked some of our couples what they would have wanted to see if Ever After did offer a drinks package. 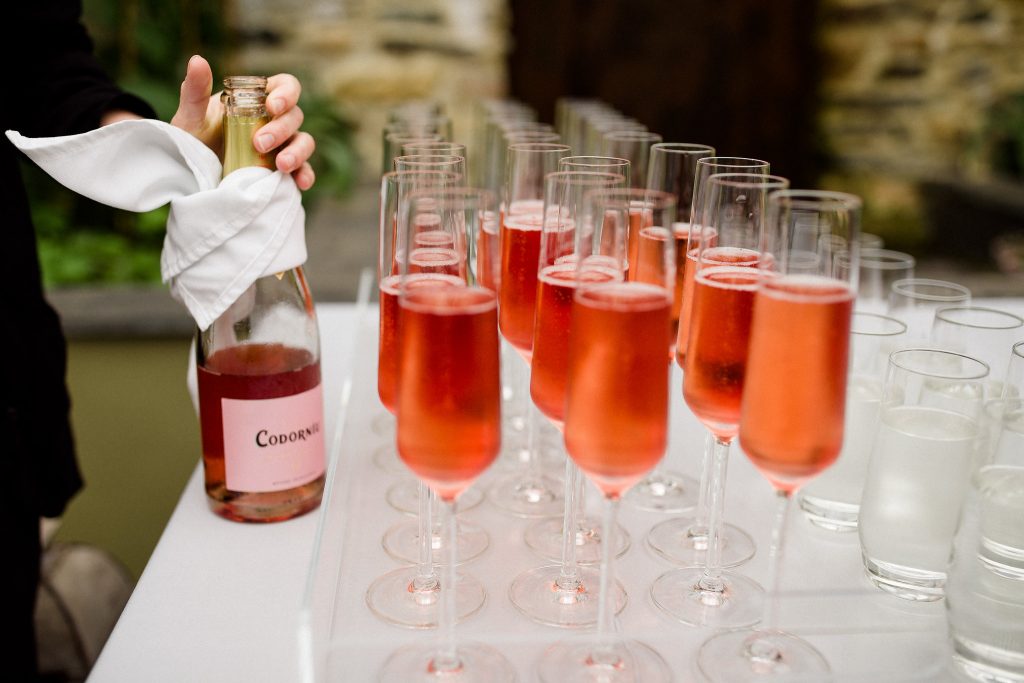 And this is what they told us about their ideal wedding drinks package:

they want someone to have chosen wines with our menus in mind, so they don’t have to worry whether the wine will go with the food choices

they want to see a choice of price points.   So if they’re on a tight budget they can still know they’re getting good quality wines and if they want to splash out, they can be sure the money has gone on the wine and not the mark up

if they’re having a pay bar, they want to know their guests are not getting ripped off with expensive hotel bar prices

if they’re having a free bar, they don’t want the headache of guessing how much guests will drink on the night #FORO (fear of running out)

they still want to design their own signature cocktails and design their drinks menu – they just don’t want the hassle of organising the boring bits of sourcing, buying, delivering and returning it all

they don’t have the time needed to hunt down the best prices, work out quantities and arrange for collection

they don’t want the nause of hiring a van to bring it all down, driving a transit all wedding weekend not to mention the hassle of returning the van… 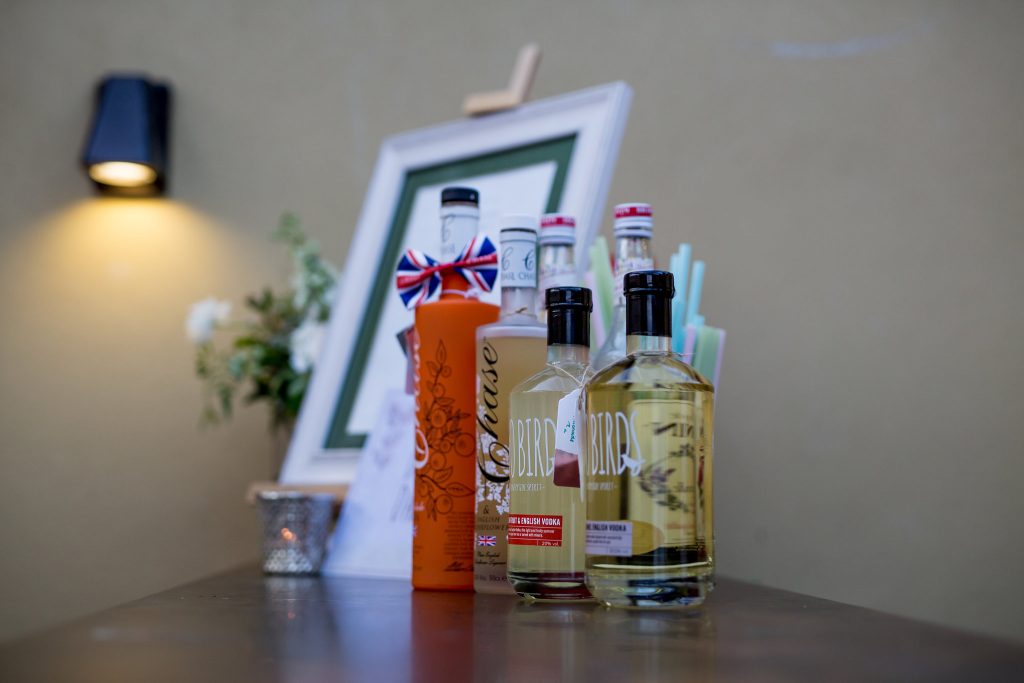 So we listened and we heard.   And we’re introducing our own wedding drinks package for 2018 and we’ll be putting the deets out shortly. Trust me when I say they’re going to be such great value, no-one will be hiring in outside bar suppliers.   You’ll be able to keep it all under the Ever After roof and know you’re getting a great deal.

But it’s even better than that.   Because even with the new packages, you can still bring your own drinks if you want to and we will never charge corkage.   Cheers…! 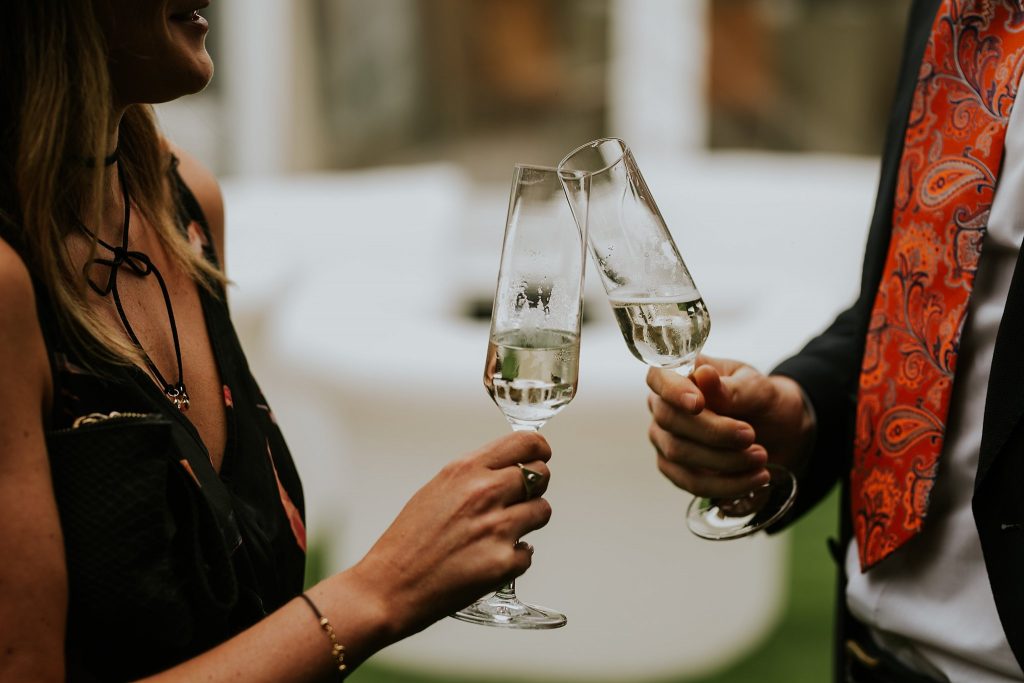 Click here to get our summer wedding brochure straight to your inbox, (yes even when you’re sat in bed in your PJ’s.)

Ever After Elopement Weddings

We offer exclusive-use, mid-week, 2 night elopement packages for wedding couples who want laid-back luxury either alone or with up to 6 guests (10 guests in warmer months).